President of Malawi and Samson Kambalu to speak at SMP AGM

We are hugely excited to announce that the 9th October 2021 Scotland Malawi Partnership AGM will be addressed by His Excellency Lazarus Chakwera, the President of the Republic of Malawi, and inspiring Malawian artist and his Scottish wife, Samson and Susan Kambalu. #SMPAGM2021. 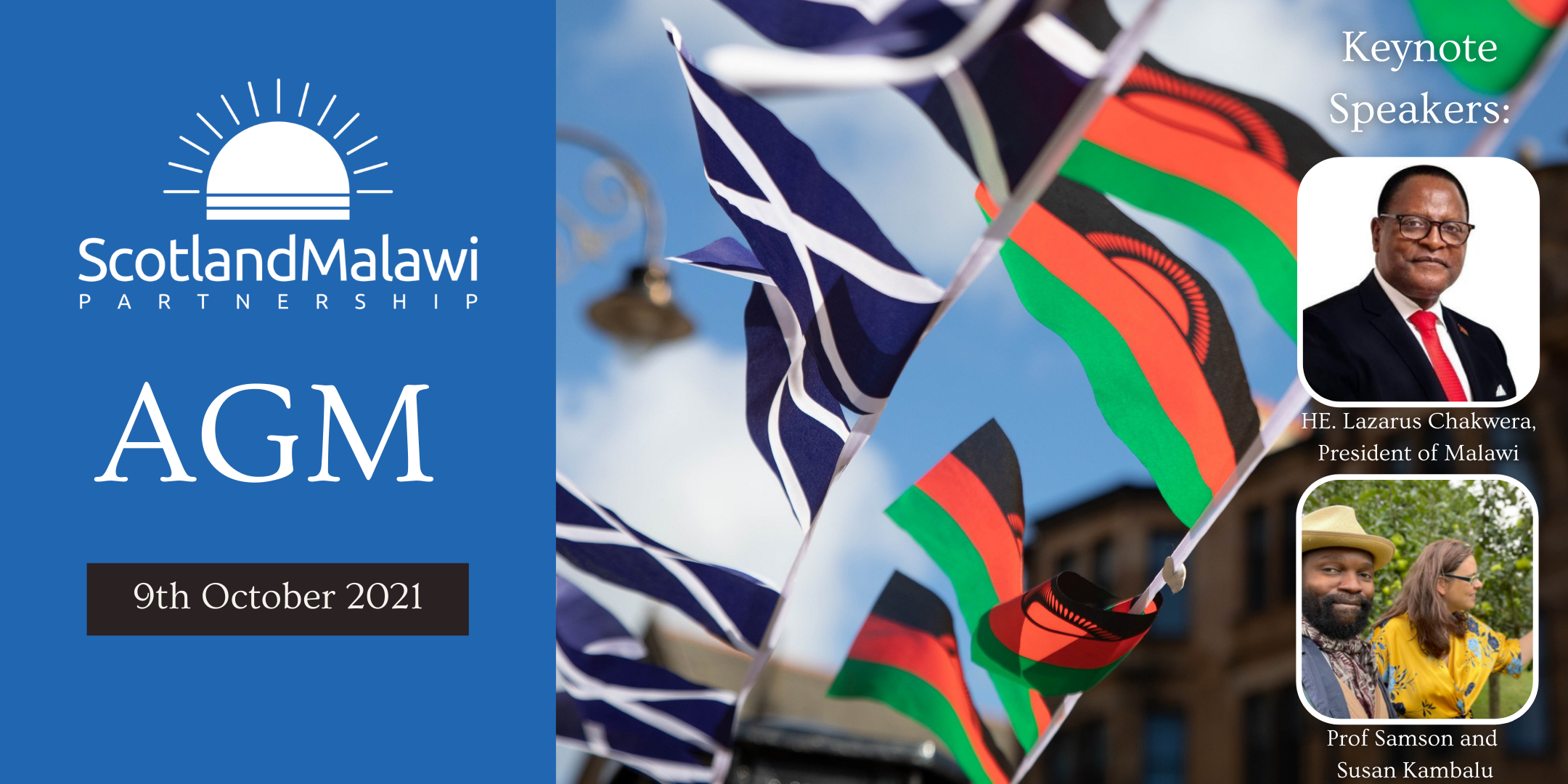 Like each President of Malawi since 2005, Lazarus Chakwera serves as the Scotland Malawi Partnership’s ex officio Honorary Co-Patron, alongside HRH The Princess Royal. Members will remember he accepted this role in an energizing speech he gave at our 2020 AGM, in which he also set Scotland three challenges for the next chapter of the bilateral relationship. The President is returning to our AGM in 2021 to be updated on progress made against these three challenges:

- To increase the number of Scots and Malawians working together,
- For Scotland to host a return high-level conference within the next 5 years, and
- For Scotland and Malawi to work together, as a model for the world, in climate cooperation around COP26. 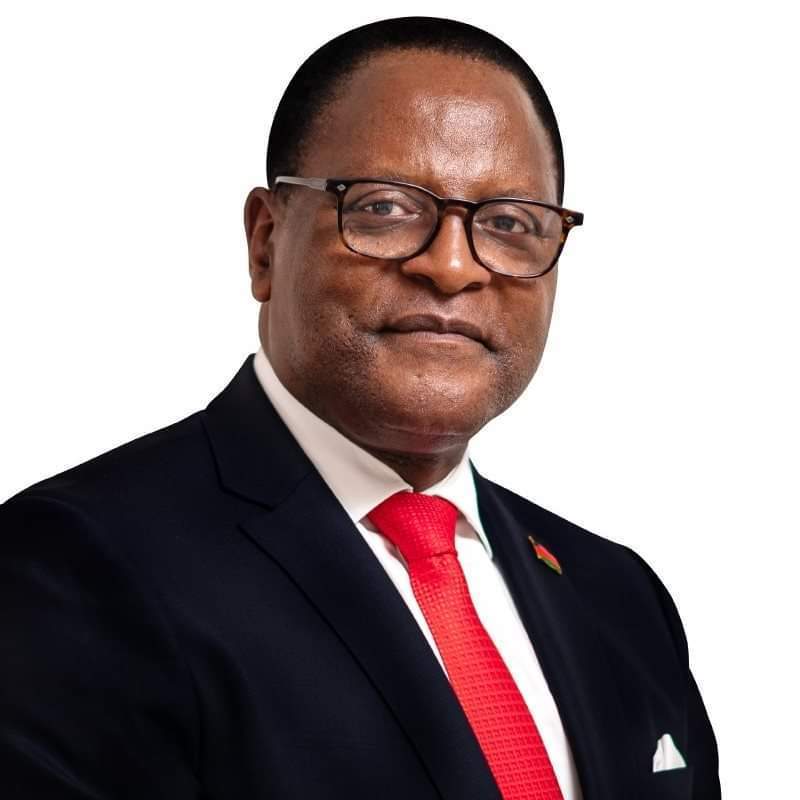 Prof Samson Kambalu became perhaps Malawi’s most famous artist earlier this year when he won the Mayor of London’s prestigious fourth plinth Trafalgar Square commission by public vote. His larger-than-life statue of Malawi freedom fighter John Chilembwe will adorn the fourth plinth for two years from 2022; literally sizing up to the many projections of imperial and colonial power in central London (as there are across Scotland). We are delighted to use our AGM, in Black History Month, to help raise awareness of John Chilembwe and Malawi’s struggles for independence.

We are especially delighted that Samson will be speaking with his Scottish wife Susan Kambalu: they describe themselves as their own Scotland-Malawi partnership! The inspiring couple met when Susan was in Malawi while she was working at Kachere Books with SMP members, Scottish Churches World Exchange. They are longstanding friends of the SMP and have been involved in a number of our events. 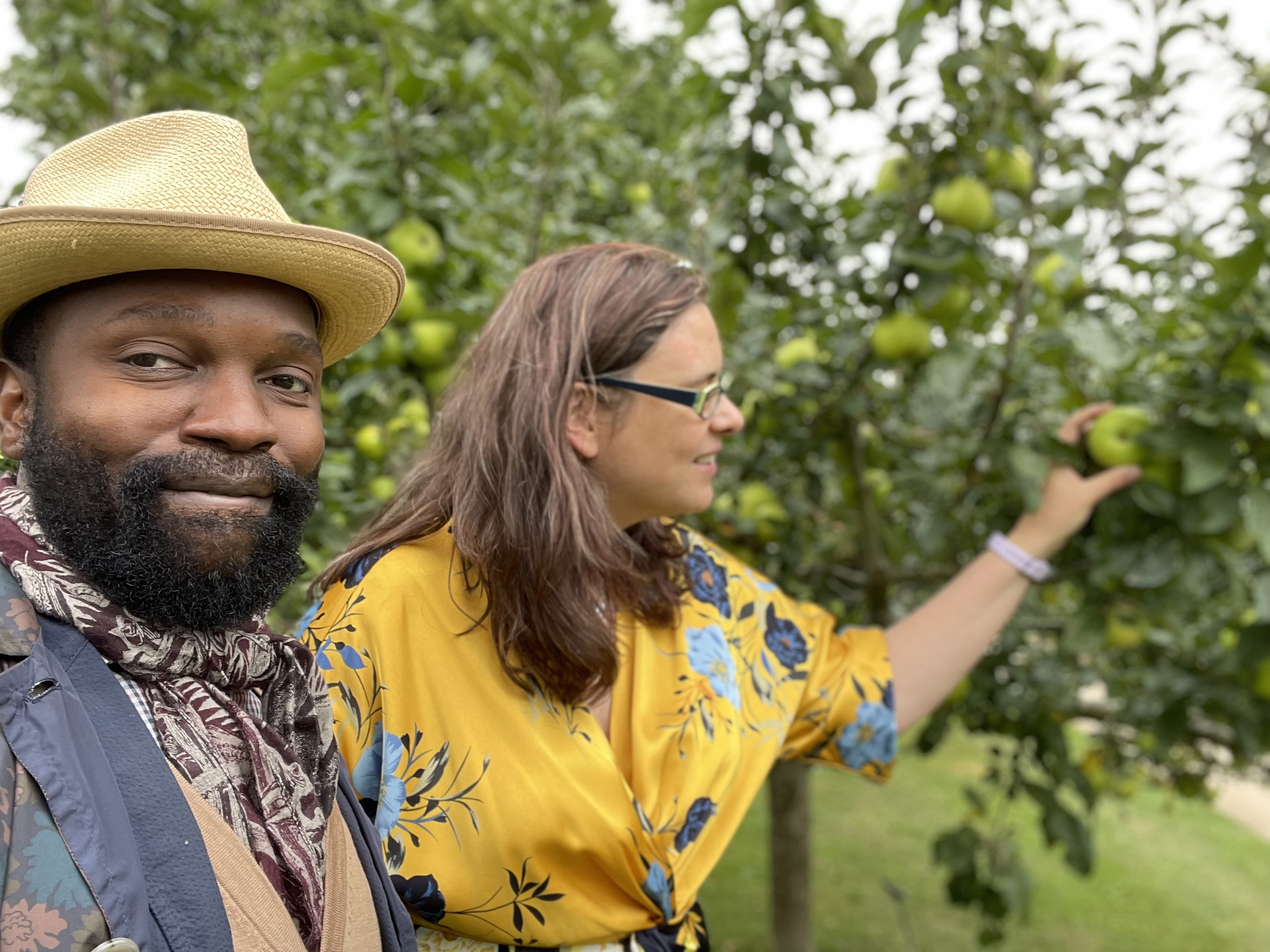 All SMP members and anyone involved or interested in the bilateral relationship (in Scotland and Malawi) are most welcome to join us for this unmissable digital AGM.

Previous
Orkney’s Winter Choir and Camerata shortlisted for RPS Inspiration Award for their support of the Malawi Music Fund.

Next
How SHOULD funders act?! Have your say…