The Boy Who Harnessed the Wind: Special Scottish screening

The Scotland Malawi Partnership was delighted to host the exclusive Scottish screening of The Boy Who Harnessed the Wind ahead of its official Netflix launch on 1st March.

Over 300 members and friends of the SMP attended the evening on Thursday 28th February at the Dominion Cinema in Edinburgh, which was kindly sponsored by our friends at Orbis Expeditions.

Following its world premiere at the Sundance Film Festival, the film has received excellent reviews, including four stars from the Guardian, The Times and The Independent.

The film is the directorial debut of Academy Award® nominee and BAFTA Award winner Chiwetel Ejiofor, who also wrote the screenplay. Ejiofor stars as William Kamkwamba’s father in the film.

Netflix acquired the global rights (excluding Japan, China and UK free TV rights) to the film, which has been backed in development and production by the BFI (with National Lottery funding) and BBC Films in association with Head Gear, Metrol Technology, LipSync and Cornerstone Films, in partnership with Participant Media. It is a Potboiler Production.

The Scotland Malawi Partnership was delighted to have William Kamkwamba, himself, remotely address the special screening and introduce the film. 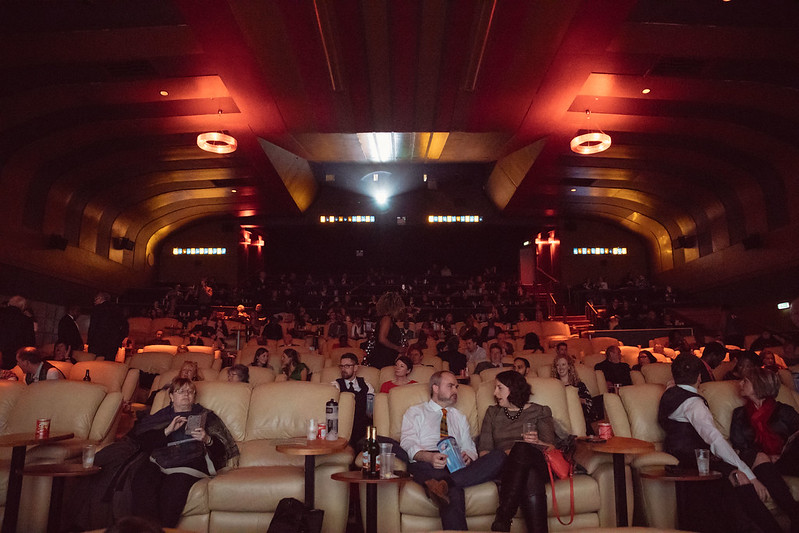 Highlights video from the Scottish screening

It was also a privilege to welcome Andrea Calderwood, the film’s Producer to the screening where she reflected on her personal experience as a Scot filming in Malawi.

“Chiwetel Ejiofor was inspired by William Kamkwamba’s powerful story to make this film as his directorial debut," Andrea said.

“We’ve been delighted at the way audiences at the Sundance and Berlin Films Festivals have responded to the beautiful film we were able to make with our team in Malawi, and very pleased that the Scotland Malawi Partnership is giving audiences in Scotland a chance to experience the film on the big screen in advance of its global Netflix launch on March 1.

“With its strongly emotional story and urgent theme of unleashing the potential of young people everywhere by access to education, The Boy Who Harnessed the Wind is a film that can connect people around the world.”

The evening also featured a new Orbis Expeditions short film with Dame Kelly Holmes, where she tells her own recent Malawi story having taken part in the famous Orbis Challenge ,and a short film by Brewgooder, the craft Scottish lager which generates funds for clean water projects in Malawi.

After the film, we welcomed a live panel discussion on renewable energy, innovation and community resilience in Scotland-Malawi cooperation.

Speaking in his traditional tribal dress as a Malawian Chief, Edgar Kapiza Bayani, Country Director of Community Energy Malawi, told the audience about his work with Malawian communities helping generate sustainable energy solutions. He also identified himself with the film as indeed reflecting the events that he witnessed in 2001, then as a young boy.

This was followed by Ciara Commins, Climate Challenge Programme Malawi Programme Manager at Scottish charity SCIAF, who spoke about the Scottish Government funded project which works with almost 50,000 people in southern Malawi to improve access to food, water and energy through a community-led approach.

“I am just back from Malawi, having spoken to countless people who are benefiting from this inspiring partnership," Ciara said.

"In many ways, the resilience, innovation and community drive in The Boy Who Harnessed the Wind can be seen right across Malawi, including in our own partnership. With the right opportunities, Malawi’s potential is bright.”

Adapted from the best-selling book by William Kamkwamba and Bryan Mealer, The Boy Who Harnessed the Wind follows the inspiring true story of William and his against-the-odds triumph against adversity.

William lives with his family in rural Kasungu, where he attends school regularly and shows great aptitude for his studies. Yet after land development and poor weather lead to a meagre harvest, famine strikes the village, alarming the community and forcing William to drop out of school when his father can no longer afford the fees.

Determined to find a way out of the life-threatening situation his family is facing, William sneaks into the school library to research and soon conspires to build a windmill pump to irrigate the land. Caught between his father’s closed-minded scepticism and the difficulty of creating a machine out of bicycle parts and scrap materials, William races against the clock to fight for his community’s survival.

The emotional journey of a father and his exceptional son at its heart, William’s tale captures the incredible determination of a boy whose inquisitive mind overcame every obstacle in his path.

Filmed in Kasungu in Malawi, and spoken partly in Chichewa, the SMP is delighted  this significant investment has been made in Malawi and is hopeful the film can be used as an opportunity to open up conversations around sustainable Malawian investment, business and tourism.

It is important that Malawi is able to itself tell its inspiring stories and hence we are working directly with William Kamkwamba, as well as the production team and Netflix, in promoting this film.

With thanks to Netflix, Orbis Expeditions and Brewgooder, the Scotland Malawi Partnership was able to offer this evening to its members, partners and guests on a complimentary basis.

We are very grateful to Netflix for the film rights, to Orbis Expeditions for sponsoring the Special Screening and to Brewgooder for keeping our guests hydrated during the panel discussion! We are also delighted to work with Take One Action, Africa in Motion and the Scottish Government.

The Boy Who Harnessed the Wind launched on Netflix on 1st March.

Please do join us in using the film to promote Scotland’s work with Malawi and Malawi as a world class tourist destination.  Just let us know if you want free hard copies of our new SMP Malawi tourism brochure, which we launched at the screening, if you can help get these into the hands of those who are looking for an amazing holiday.

@ScotlandMalawi ‘The Boy who harnessed the wind’ is one of the best films we have ever seen! We are moved and inspired and encourage everyone to watch it! Find it on @NetflixUK!

Absolutely honoured to have sponsored this event with @BrewGoodr and to continue our partnership with @ScotlandMalawi what an evening and what a film! Inspired and excited for the future of the links between Scotland and Malawi. #Malawi #Scotland #bepartofsomething

Just seen @ScotlandMalawi screening of The Boy Who Harnessed The Wind, an amazing story of hope about the life of William Kamkwamba from Wimbe in Malawi. It’s out on @NetflixUK tomorrow & so worth watching #uplifting #warmheartofafrica

Couldn't agree more. Really inspiring to hear from Andrea and from those working on the ground with @ScotGovID @ScotGovClimate funds, including @corrascot grantholders, thank you @ScotlandMalawi! We're leaving with smiles and determination to help communities tackle these issues. https://t.co/EX5TxEoR5r

Thanks to @ScotlandMalawi for hosting a special screening of #theboywhoharnassedthewind in #dominioncinema ! A very inspiring and thought provoking film. Available on #netflix from tomorrow. pic.twitter.com/7rHKhjt2UV