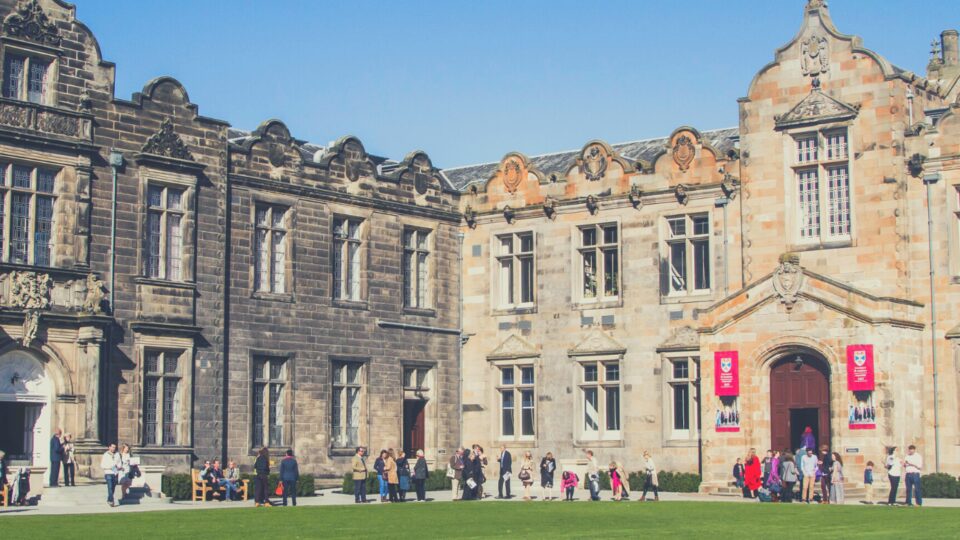 St Andrews has previously been in a collaborative project with the college of Medicine in Blantyre, to assist with a major review or its medical curriculum. The changes were successfully implemented in 2009 and St Andrews has since continued to work on other Malawian projects, as well as remaining an engaged member of the Scotland Malawi Partnership.

Project 1: The Implications of Cyclone Idai on Disaster Management in Malawi

A scoping project to establish future areas of research on disaster management in Malawi, particularly since the severe flooding in 2015 and 2019.

The project aim was to examine the impact of Cyclone Idai, which occurred in March 2019, on the management of flooding in Malawi. Cyclone Idai was a novel weather phenomenon in this region, with no previous cyclone of this magnitude occurring before. It had an international reach in a way unlike previous flooding events in this region. It also occurred just 4 years after the worst flooding experience in Malawi in living memory, which occurred in January 2015. Thus, this cyclone event has implications on how potential disasters are viewed, prepared for and managed in the future. This research produced a report for relevant stakeholders in Malawi and Scotland, which details what these implications entail. As well as highlighting future areas for relevant research.

The project built on research conducted by the PhD intern, which looks at government resettlement as a way to manage flooding in Malawi. Thus, the PhD intern had existing knowledge of the disaster management structure and process up until Cyclone Idai, which was expected to have changed the situation. How it is changed was the subject of the research.

Key successes and outcomes so far

We have finished the scoping project and are assessing what future projects can develop from this.

The scoping project produced interested findings, suggesting that weather systems forming from the Indian Ocean do have a significant impact on Malawi and are worthy of future research

Many of the interviews and focus group discussions conducted in the Lower Shire region of Malawi were with communities that the researcher had already worked with. This made a significant difference in the reception we received from these participants, which was particularly useful when we had such a short period of time for the scoping research. It enabled the participants to trust the researcher from the beginning and open up quite frankly about the impact of the cyclone and how the viewed the future of disaster management.

Future and ideas for partnership development

The research highlighted the need for future research exploring further the potential impact of weather systems (such as cyclones) formed in the Indian Ocean on Malawi. These weather systems are different from the monsoonal rains that Malawi normally receives, in that they are less predictable. They cannot be part of the seasonal forecast, as they only form a few days before they hit land. They are likely to become increasingly erratic and severe and have a greater potential for damaging countries further inland, like Malawi, which are less prepared for weather systems from the ocean. Whilst the government departments appear extremely capable to predict these weather systems, the general public of Malawi appear less aware of their dangers and how they may be different to normal monsoon rains. Therefore, more research could be conducted with Malawian academics and the support of the relevant government departments, exploring how to further prepare for and raise awareness of weather systems from the Indian Ocean.

Project 2: Comparative analysis of communication during Health Education (HE) and Health Coaching (HC) in primary healthcare in Malawi

Study Summary
An ethnographic study comparing HE versus HC in an urban primary care setting in Malawi is proposed. This method utilizes video technology, safe haven image storage, observer software and coding expertise from the University of Dundee (UoD). Training of healthcare professionals by the accredited health coach on the HC approach over 3 months will be followed by video recorded observations of 40 HC and 40 HE scenarios on 2 types of healthcare professionals` communication with their patients; (a) Dentists and (b) Dental Therapists at Queen Elizabeth Central Hospital in Blantyre, Malawi. A health professionals’ workshop by experts from the University of Dundee to be conducted in Blantyre, Malawi at the end of the study.

Background to the study
A significant cause of mortality and morbidity in Malawi is due to NCDs (Muula and Mpabulungi, 2007; Msyamboza et al, 2011). Over the years, the HE model for effecting behaviour change has shown relative ineffectiveness in NCDs prevention and control (Kivela et al, 2014). The HC approach is emerging as a potential tool which guides and prompts people to be active participants in managing change in their own behaviour (NHS England, 2019).

Key successes and outcomes so far

At the moment we are in the process of finalising the ethical application with the National Health Sciences Research Committee of Malawi (NHSRC).

Future and ideas for partnership development

The integration of the oral health agenda with other NCDs because of the shared risk factors will create collaboration with other health professionals. The recent affiliation of oral health to the NCD Alliance alongside partners in diabetes, CVD and cancers will provide an ideal platform for a cost effective health improvement strategy. This trans-sectoral approach with an emphasis on upstream factors such as the social determinants of health brings together oral and general health with potential for primary prevention of all NCDs.

Also, interdisciplinary health related research activities in Malawi have, via the Tayside Institute for Global Health (TIGH) and the Dundee Africa Research Network (DARN) raised awareness and uncovered a range of other research activities in different UoD schools which will mean great opportunities for coordination and cooperation.

The participants in this pilot will also be well placed to develop future study protocols e.g. a follow up RCT and jointly apply for major research and implementation grants.

Next in this section