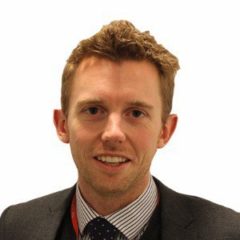 David joined the Scotland Malawi Partnership in 2008 and has since been heading up the office as the organisation has grown significantly.

He is responsible for the management of all aspects of the Partnership's work and is managed by the Board of Directors. Specifically, much of David's time is focused on the strategic development of the organisation, engagement with the respective governments, and external partnership working. He has long been interested in Malawi, having spent his earliest years in the region, and regularly returned since. Before starting with the Partnership, David managed the British Red Cross in the City of Edinburgh.

Although not originally from Scotland, David has lived in Edinburgh since 2001 and greatly enjoys all Scotland has to offer: he can usually be found of a weekend up a hill, on his bike, running or fishing. He was awarded an OBE in 2016, in the Queen's 90th Birthday Honours List.

"I have worked for the Scotland Malawi Partnership for eleven years, latterly as Chief Executive.

It's a wonderful organisation to work for, not least because no two days are quite the same. It's really inspiring to learn more about our members' work with Malawi and the thousands of individual links which unite Scotland and Malawi."

The Scotland Malawi Partnership helps coordinate, represent and support its 1,200 members. We see first-hand the positive impact that this has both for our members in Scotland and, by extension, through their partnerships, with their partners in Malawi. This is an inspiring and innovative new approach to international development. 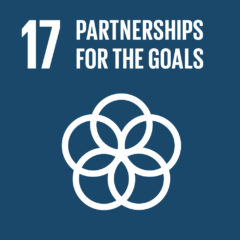