Twelve schools came together this week for the School Partnership Awards to share their partnerships and inspire new ideas.

The Scotland Malawi Partnership is happy to announce the 2019 winners of the inaugural School Partnership Awards.

The twelve shortlisted schools from across Scotland attended the announcement at the City Council Chambers, Edinburgh on the 5th December 2019.

The Scotland Malawi Partnership were lucky to have special guest speakers in attendance. Including prize-giver William Kamkwamba (The Boy Who Harnessed the Wind), talks from Andrew Dickie (Malawi Climate Leader Project Officer for the 2050 Climate Group) and Silvia Sabino Hunt (Global Education Advisor for ScotDec) and an introductory speech from the Lord Provost of Edinburgh, Frank Ross.

Congratulations to the following schools – and their Malawian school partners – for being the first ever winners of the School Partnership Awards:

Thank you to all the schools who attended and all their inspiring award entries. Check out the activities of the day in the video and photos below.

RDM Team has arrived at the #SMPAwards in Edinburgh to hear and meet @wkamkwamba author and real-life protagonist of ‘The Boy Who Harnessed the Wind’. Looking forward to hearing more about schools’ work through @ScotlandMalawi Partnership. pic.twitter.com/icvKtZUfwh

Had a brilliant time @ScotlandMalawi Really inspired by the awesome William Kamkwamba. Well done to this year’s winners! Here’s some of our Senior pupils with William, whose story is detailed in the Netflix film ‘The Boy Who Harnessed The Wind’ pic.twitter.com/ZTClazDJUc 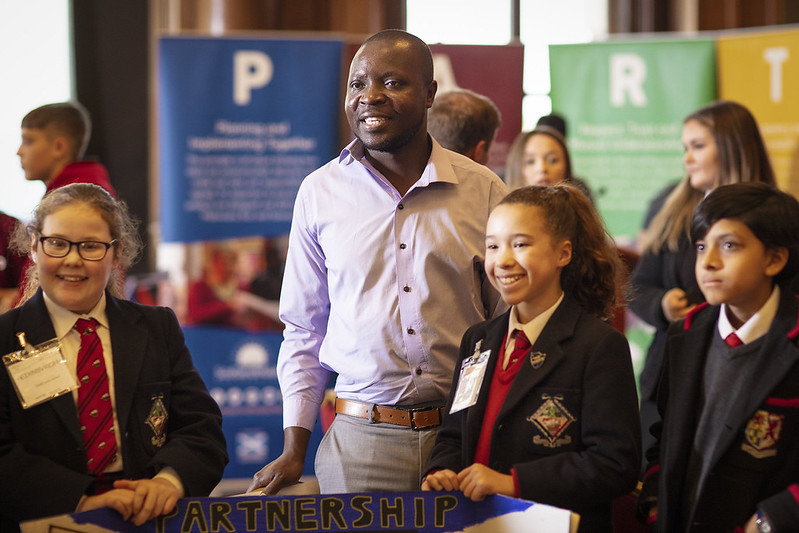 Next
Wrapping up our week with William Kamkwamba