At 33 years old, David Hope-Jones is comparatively young to be receiving this honour: well under half the average age. Historically, less than 4% of Queen’s Honours go to those under the age of 40.

David Hope-Jones, of Bruntsfield in Edinburgh, has led the Scotland Malawi Partnership since 2008, during which time the organisation has grown significantly in scale and reach.

Today, the Scotland Malawi Partnership has more than 920 member organisations, including every Scottish university, 200 schools, half Scotland’s local authorities, and hundreds of churches, hospitals and community groups.

The University of Edinburgh estimates that more than 94,000 Scots are now involved in civic links with Malawi, with members of the Scotland Malawi Partnership contributing more than £40 million annually of financial and in-kind support from communities the length and breadth of Scotland. It is estimated this activity benefits more than 4 million Malawians and 300,000 Scot annually.

A recent survey of 516 randomly selected Scots found that 46% could name a friend or family member involved in a civic link with Malawi. When asked opinions on Scotland’s links with Malawi the same survey found overwhelming public support, with less than 4% making a negative response.

Scotland’s friendship with Malawi can be traced back more than 150 years to Dr David Livingstone. It has significantly grown and found new energy in the last decade since a formal Cooperation Agreement was signed between the Government of Malawi and the Scottish Executive in 2005.

David Hope-Jones has also served as Secretary of the Scottish Parliament’s Cross Party Group on Malawi since 2008, through which time there has been sustained all-party support for Scotland’s civic links with Malawi in Holyrood.

“It’s a wonderful surprise and a great honour to be named in the Queen’s 90th birthday honours list.

“The Scotland Malawi Partnership is a fantastic organisation to be involved with as it celebrates the role civic society can have in transforming lives through dignified partnership. It’s about mutual respect and mutual understanding, friendship and solidarity.

“Each day is different, whether it’s building Scottish markets for fantastic Malawian products like coffee, rice or gin; helping organise Head of State visits; or meeting young Scots who have been inspired by their friendship with Malawi. It’s wonderful to be a part of the great team effort across the Scotland Malawi Partnership: we’re a small but committed Secretariat with a great Board of volunteer Trustees, and almost a thousand member organisations now across Scotland.”

“I have seen first-hand the work of the Scotland Malawi Partnership and the support they give to people across Scotland to forge links between the two countries. Be they business, education or faith based the Partnership builds links and encourages joint working with over 900 organisations and individuals.

“I am very pleased that David has been awarded an OBE and it is testament to many years of dedicated service.”

The Scotland Malawi Partnership is funded by the Scottish Government and works closely with the Scottish, UK and Malawian Governments and Parliaments, in helping coordinate the work of Scottish civic society groups.

Before leading the Scotland Malawi Partnership, David Hope-Jones worked as Services Manager then Youth and Schools Manager for the British Red Cross in Edinburgh. He lives with his wife Amelia in Bruntsfield, Edinburgh. They are expecting their first child next month. 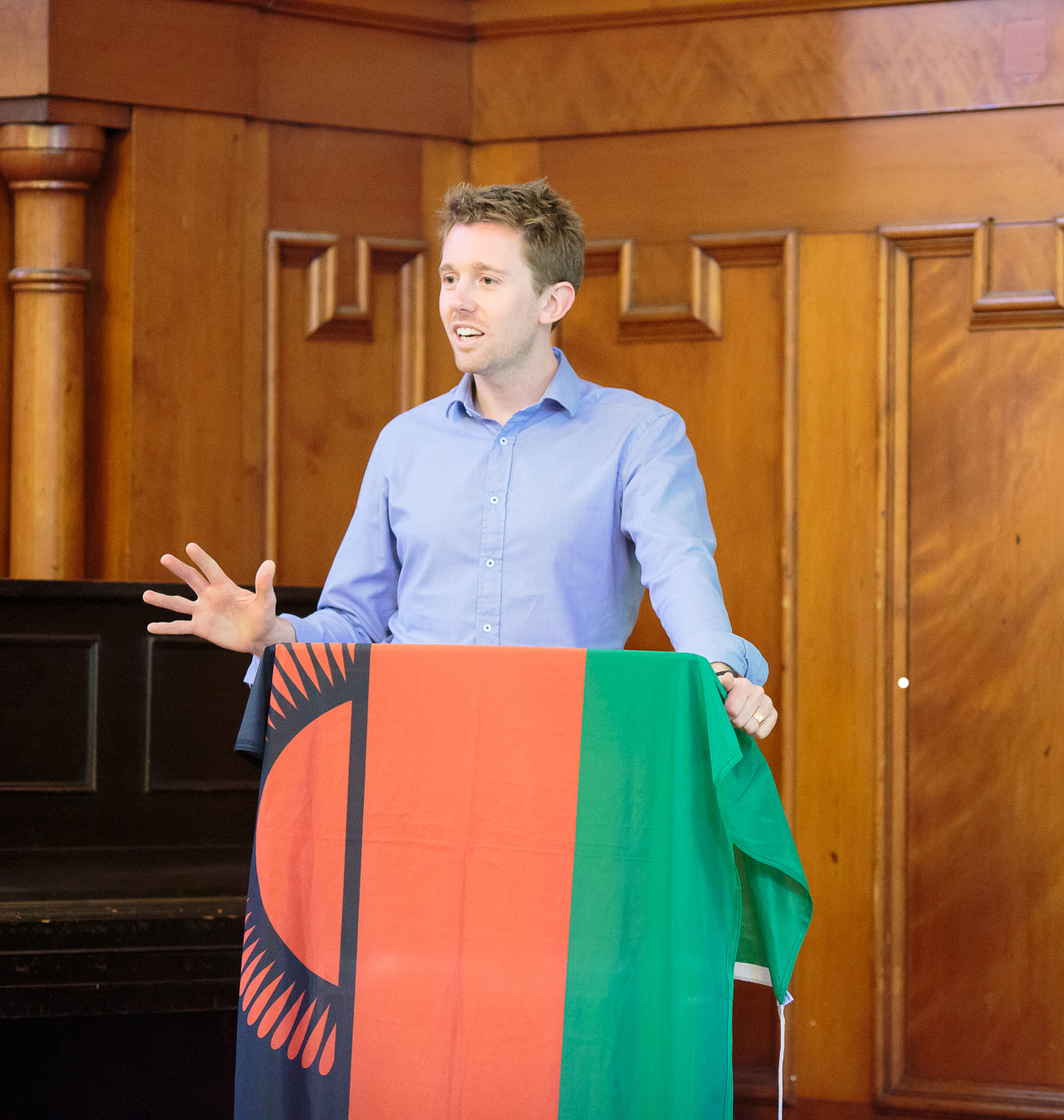