UNICEF Malawi is on high alert following a cholera outbreak in the southern border areas, where the still highly populated camps for those displaced by the floods are located.

Over a period of two weeks, the Ministry of Health has confirmed 39 cases of cholera, including two deaths. New concerns are that a rapid spread of infection could lead to a larger outbreak that already overburdened health services may not be able to contain. There are also new alarming reports, in neighboring Mozambique (that shares a border with Malawi), which has recorded a cumulative of more than 3400 cholera cases and 37 deaths since 25 December – many of them children.

Those infected with cholera can initially show minimal or no symptoms, but can still contribute to the spread of the disease. After infection, patients experience diarrhoea, vomiting and in advanced stages – severe dehydration. If not properly treated, cholera can kill within hours, and is especially dangerous for young children.

“As humanitarian actors in Malawi, we need to move quickly to stop any further spread of this disease,” said UNICEF Representative in Malawi, Mahimbo Mdoe. “These displaced populations are extremely vulnerable, particularly those with low-immunity, such as malnourished children. UNICEF is working to support Government with mobile health services, as well as safe water, sanitation and hygiene services, which are critical factors in preventing the spread of cholera.”

Cholera poses a serious public health problem to populations in crowded environments, with inadequate water and sanitation resources. While cholera is endemic in Malawi, no cases have been reported in the last three years. The last time the country experienced a large-scale outbreak was in 2009, when well over 1000 people were infected.

UNICEF Chief of Health, Kyaw Aung says much effort was placed since the beginning of the crisis, on preparedness for such an outbreak. “UNICEF has dispatched protective equipment, 30 cholera beds, 15 isolation tents, medicines, IV fluids and 1,450 bottles of chlorine in health facilities,” said Mr Aung. “In addition, UNICEF has partnered with various government and non-governmental bodies, including MSF, GOAL Malawi and Red Cross, to implement health care services, health education on cholera, as well as hygiene promotion within the camps.”

UNICEF and partners including the Ministry of Health and WHO, are monitoring the cases on a daily basis, and working with partners on the ground including MSF, to treat all suspected cases.

Background to the Malawi Floods 2015

In January, 15 districts across Malawi were devastated by floods. 230,000 people are still displaced as the rains continue, and 172 people still missing.

UNICEF Malawi has since the onset of the floods, been applying a multi-pronged approach to the problem on the ground, to contain a cholera and other water-borne and infectious diseases. UNICEF is currently preparing to launch a Measles Campaign, which includes clinics and preventive immunization in affected areas. WASH programs are a key component of the emergency effort. Since January, a total of 68,487 affected people have been given access to sanitation services, with support from The European Union and The UK’s Department for International Development. 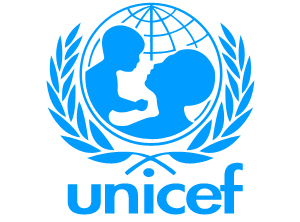