Malawi-born Professor Samson Kambalu is a highly respected artist, academic and author who trained as a fine artist and ethnomusicologist at the University of Malawi's Chancellor College. He is an Associate Professor of Fine Art and MFA Course Tutor at the Ruskin, and a Fellow at Magdalen College at the University of Oxford.

‘Antelope’ is one of six works shortlisted for the fourth plinth, all of which are currently on view at The National Gallery.Kambalu’s bronze statue represents the pan-Africanist John Chilembwe (1871-1915), a key figure in the resistance to colonialism in Nyasaland (now Malawi). Beside him, on a smaller scale, stands the European missionary John Chorley.

John Chilembwe is depicted wearing a hat: a potent symbol given, during colonial rule, Malawians were expected to remove their headwear when passing, or in the presence of, a European; as well as stopping and standing to one side. This courtesy was seldom acknowledged or returned by a European, hence the justified outrage.

The fourth plinth is arguably one of the world’s most famous art commissions. It stood empty until 1998, when it was decided to use the space to bring contemporary art and debate to millions for free. Six works are commissioned by the Mayor of London’s office and there is then a public vote to decide which sits on the fourth plinth.

Trafalgar Square (like many parts of Scotland) has numerous statues and memorials celebrating British colonial power. We strongly support ‘Antelope’ as an occupant of the fourth plinth, as a powerful statement of anti-colonial resistance. Prof Kambalu has had his own ‘Scotland-Malawi partnership’ for over 20 years now (!), having met his wife Susan Kambalu (a Scot) in Malawi while she was working at Kachere Books with (SMP member) Scottish Churches World Exchange.

The SMP is committed to raising awareness of Malawi’s history, most especially its fight against colonial power. Members of the SMP have included leading historians such as Prof John McCracken, Dr John Lwanda, Dr Jack Thompson and Prof Ken Ross, who have worked to help amplify Malawi’s powerful voices from this time. The Kambalu’s have spoken of the inspiration they have drawn from this work and were part of the SMP’s book launch for ‘Politics, Christianity and Society in Malawi’ last November.

Prof Kambalu also currently has an exhibition at Modern Art Oxford, which features readings from the Commission on the Chilembwe Rising that the late Prof John McCracken compiled from the archives, with SMP support. We are in correspondence with Susan and Samson, exploring further collaborations. In the meantime, we recommend members wanting to learn more visit:

- This webpage from the Mayor of London/National Gallery on ’Antelope’, which includes a video with Samson

- This interview from the Oxford Research Centre in the Humanities

- This interview about a different exhibition, also featuring John Chilembwe

Reverend John Chilembwe was a Baptist pastor and educator, who trained as a minister in the United States, returning to Nyasaland in 1901. He famously opposed both the treatment of Africans working in agriculture on European-owned plantations and the colonial government's failure to promote the social and political advancement of Africans. Soon after the outbreak of the First World War, Chilembwe organised an unsuccessful uprising against colonial rule. While attempting to escape over the border into Portuguese East Africa, John Chilembwe was shot by two African policemen, Private Nasulo and Sergeant Useni, receiving wounds from which he died. They carried his corpse to the Mulanje boma where his identification was confirmed by both African and European witnesses. Today, Chilembwe is rightly celebrated as a hero of independence, and John Chilembwe Day is observed annually on 15 January in Malawi.

John Chorley was a missionary at the Zambezi Industrial Mission at Mitsidi; the
mission which had been founded there by John Chilembwe’s former sponsor and
mentor Joseph Booth. Chorley undoubtedly shared the closest mutual friendship
and respect with Chilembwe as regards any European. In January 1914 John Chilembwe spontaneously invited John Chorley to stay and to preach the first sermon at the opening of his new Mbombwe church, an offer which Chorley accepted. 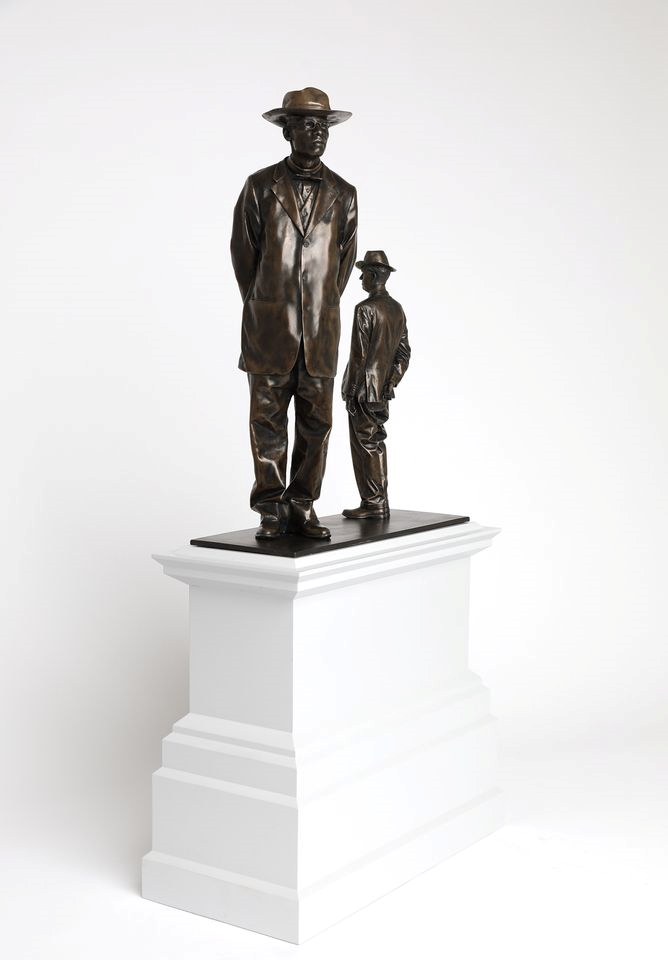