The SMP recognises and respects that the first duty of any government is to protect its citizens and, in a fast-moving pandemic, it is right that a range of normally unacceptable measures -including travel restrictions and enforced quarantines- should be considered.

However, we also recognise that there is strong frustration both in Malawi and amongst Scots affected by the recent decision to Red List Malawi and ten other sub-Saharan African countries in response to the new Omicron variant. Many, including the President of Malawi, have made strong criticism of countries which seem to have singled out some of the poorest countries in the world in this instance. The SMP has received strong concerns from its members, those in the diaspora, our partners in Malawi, and a serving Malawi Cabinet Minister.

As of, 14th December, Malawi is no longer on the UK Red List and those arriving from Malawi do not have to quarantine.

This webpage highlights the issues and frustrations caused by the Red List decision for a number of our members and shares the response we have received from the Scottish Government when we represented these concerns. We recognise travel restriction decisions are made on a four-nations basis and we commend the Scottish Government for being alert and responsive to the concerns we have communicated. We hope the experience of this instance feeds into future decision making. 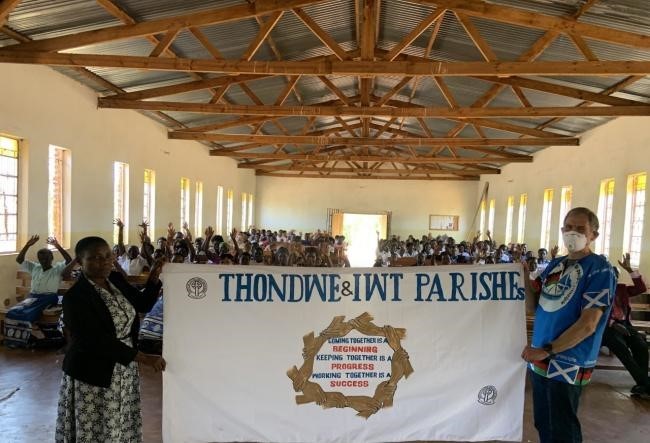 The experience of our Members

By way of just one example, our own Finance Officer, volunteering his time for one of our small charity members, and at significant personal cost, travelled to Malawi in November on a much-postponed trip. While in Malawi, he learned of the UK’s decision to Red List the country and that he was required to quarantine for 12 days (ten full days, exclusive of the date you arrive and leave), despite Malawi having no reported cases of Omicron. To avoid having to quarantine over Christmas, he changed his flights to return as early as possible, at a cost of c£700. He then had to pay a further £2,300 for his quarantine in Edinburgh Airport and spent much of this time watching media reports clearly showing community transmission in Scotland. He had three PCR tests, all negative, and completed his 12 days quarantine on the same day he, and all others, were released as the policy had been changed.

A number of our members have been through similar ordeals and we know some are still stuck in Malawi having been unable to return when planned as they could not afford the cost of quarantine. We understand one Edinburgh quarantine guard commented that many of those quarantining in Edinburgh were volunteers in small charities working in Malawi. There have been various national and local media reports about our members affected:

The SMP exists to coordinate, represent and support Scotland’s links with Malawi. On this issue we have worked to help represent the frustrations we have received by collating and sharing information with the Scottish Government about the human, economic, development and diplomatic impact of such decisions. We have also discussed the matter with the Minister for Culture, Europe and International Development, Ms Jenny Gilruth MSP.

Commendably, the Scottish Government has responded quickly and thoroughly to these concerns, giving a full written response to all questions asked and committing to “review travel restrictions, in particular the proportionality and effectiveness of border health measures including Managed Quarantine hotels”. We are assured by the Scottish Government that “Scotland is an outward-looking, international country and we do not want travel restrictions to be in place any longer than is absolutely necessary.”

In keeping with our commitment to transparency and to help support future learning from this instance, we share here the official response we have received from the Scottish Government.

We are keen to put on record our thanks to the Scottish Government for being alert and responsive to the concerns and frustrations we have communicated from members. We appreciate that these decisions are made on a UK-wide, four-nations basis, and we are grateful to the Scottish Government for committing to feed in the experience of our members to future decision-making in this area.

Questions asked by those affected