Our Jackie is currently in Malawi on a Road Trip with our sister organisation - the Malawi Scotland Partnership (MaSP), to visit and film member projects.

Our Media and Communications Officer, Jackie Farr, is in Malawi to join our sister organisation, the Malawi Scotland Partnership, on their Road Trip!

I’ve only been to a hospital in Malawi once. When I was last here I fell off a wall during a school visit (probably shouldn’t have been on the wall to start with…) and sprained my ankle. I had to go get an x-ray to make sure it wasn’t broken – it wasn’t – but I remember receiving good care whilst at the hospital and knowing how important is was to get checked out. Sadly, there are some myths which surround medical care in Malawi which prevent women, and men, from seeing a doctor or nurse. However, there is one particular hospital that is helping to eliminate these myths, and saving so many lives in doing so.

Nkhoma Hospital in the district of Lilongwe has been around for over 100 years. Established and built by missionaries, the hospital was once the leading medical centre in the whole of Malawi. It has a surgery department, burns unit, labour ward, pediatrics unit, separate wings for male and female patients, and a special ‘Kangaroo Ward’ for premature babies. What it also has now, thanks to funding from the Scottish Government and with support from Edinburgh University is a cervical cancer screening programme.

In the UK, I think every woman can relate to that uneasy feeling we get when the NHS sends through our smear test letter. Although it’s such a quick, simple, and painless procedure, it’s quite often ignored by thousands of women because it makes us feel uncomfortable. What we might not know, is that cervical cancer is one of the most common amongst women, and one of the most rapidly developing, and devastating. Our chances of survival can be increased by early detection, which is why the smear test is so important – no matter which country you live in.

In Malawi, cervical cancer is the most frequent cancer among women of a reproductive and economically important age (45.4% of female cancers), with an 80% mortality, and numbers projected to increase over the next two decades.

The programme started in 2013, and was set up as a sustainable programme of cervical cancer reduction in Nkhoma Hospital and 10 surrounding health centres. The most challenging part of the programme was dispelling the myths that many of the communities believed surrounding the test; you wouldn’t be able to walk after having the test, and it’s very painful, were two of the most common. Funding from the Scottish Government has enabled the hospital to buy special cervical cancer screening equipment, educate the local communities, and train medical staff in testing and treatment. When they first began the programme, they estimated they would reach around 8,000 women. They’ve actually reached over 15,000. That’s 15,000 women; mothers, wives and daughters, who would have gone through life without this potentially lifesaving test. Beatrice Kabata who runs the progamme is extremely passionate about her work. She’s seen the impact this simple test can have, and believes educating women on the importance of early detection and the overwhelming seriousness of cancer, can help break the stigma that surrounds it. It’s encouraging to hear that this information is then passed down through the communities and villages, woman to woman. Although the funding will come to an end this year, the hospital is now equipped to continue testing women and potentially, saving so many lives. I know the next time I get a letter through the post, advising me that I'm due a smear test, I won't hesitate to make an appointment.
What is particularly special about this project is the people who work in it. Although the funding came from Scotland, the expertise and initiative to run the programme came from Malawi. By only working together, they were able to introduce the programme and see the successes they have. The staff at Nkhoma hospital work very hard to reach as many women as they can. This only proves that it’s the people behind the partnership that really make it work. 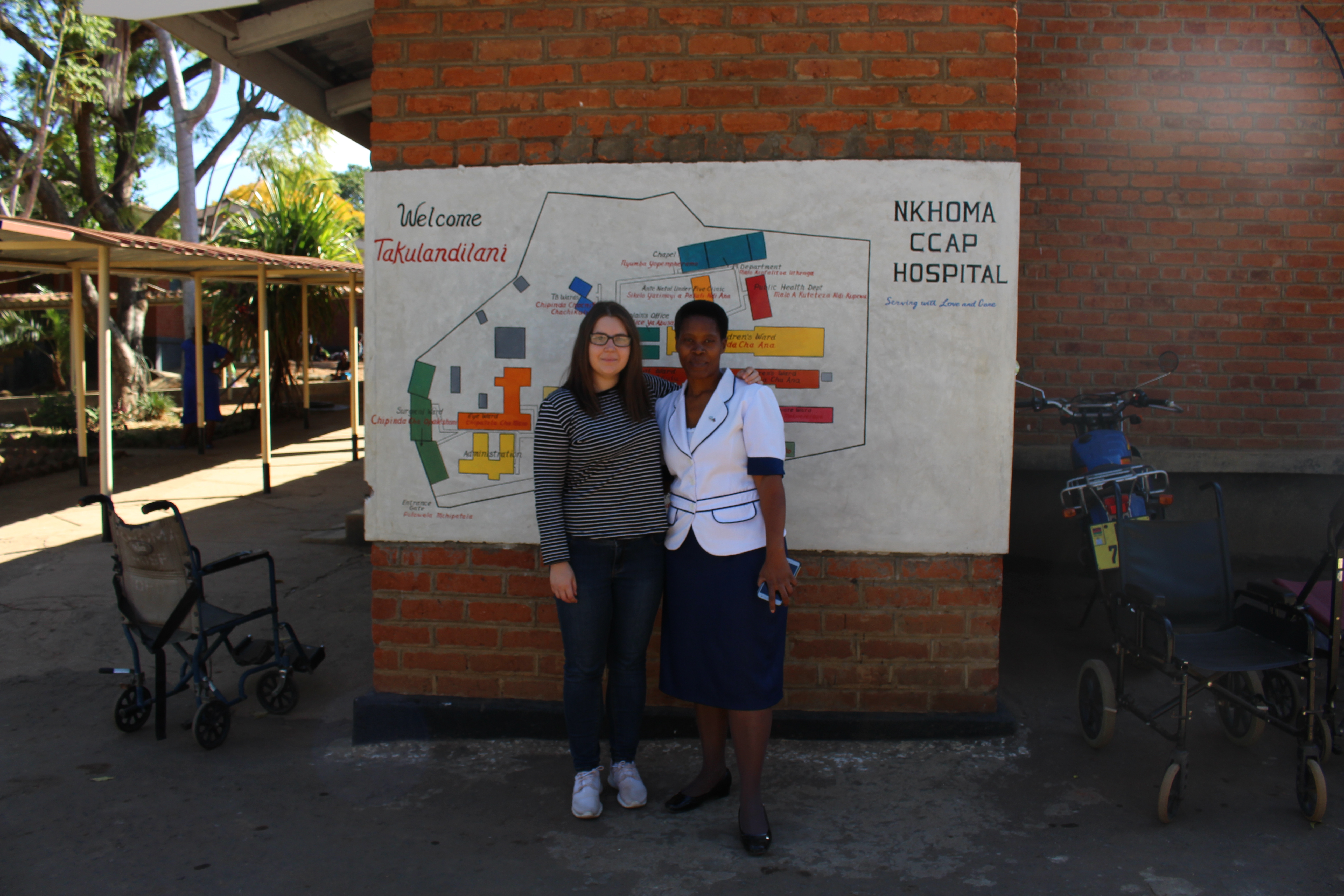