The Scottish Government funded COP26 Youth Hub, based in Lilongwe, has seen a packed agenda across its opening week, engaging with and inspiring many young people.

The hub functions as a COP26 centre point in Malawi, allowing young climate activists to follow along with and respond to the conference live. It has been designed and launched by our sister organisation The Malawi Scotland Partnership and the 2050 Climate Group.

The hub was launched on Monday the 1st of November with a colourful parade from Capital Hill to Ufulu Gardens in Lilongwe, where the hub is stationed. Hon Dr. Patricia Kaliati attended as Guest of Honour (pictured above/ right, cycling the last stretch of the parade!) and MaSP’s CEO, Stella Masangano in the vanguard (right of Dr Kaliati). The event also welcomed a performance from the wonderful Joe Kellz.

Representatives of the Hub shared their climate priorities with President Chakwera and his high-level delegation when they spoke live from Lilongwe on November 4th. The young Malawians’ views were heard when the President and First Lady were guests of honour at an SMP event hosted by Edinburgh’s Lord Provost. Malawi’s youth voice on climate was also heard then by Government of Malawi Ministers Hon Agnes Nyalonje, Hon Eisenhower Nduwa Mkaka, Hon Nancy Tembo; Scottish Government Minister Jenny Gilruth MSP, Cabinet Secretary Angus Robertson MSP and a host of enthusiastic SMP Members.

The hub closes on Friday the 12th of November. 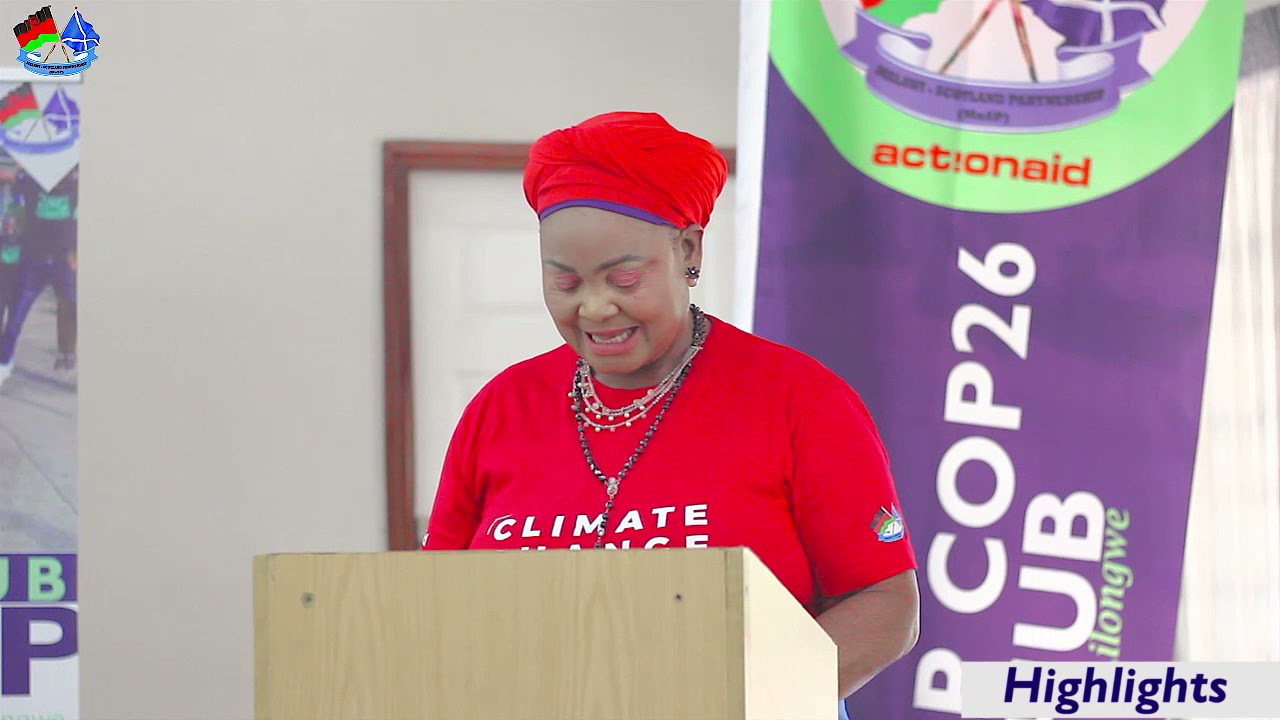