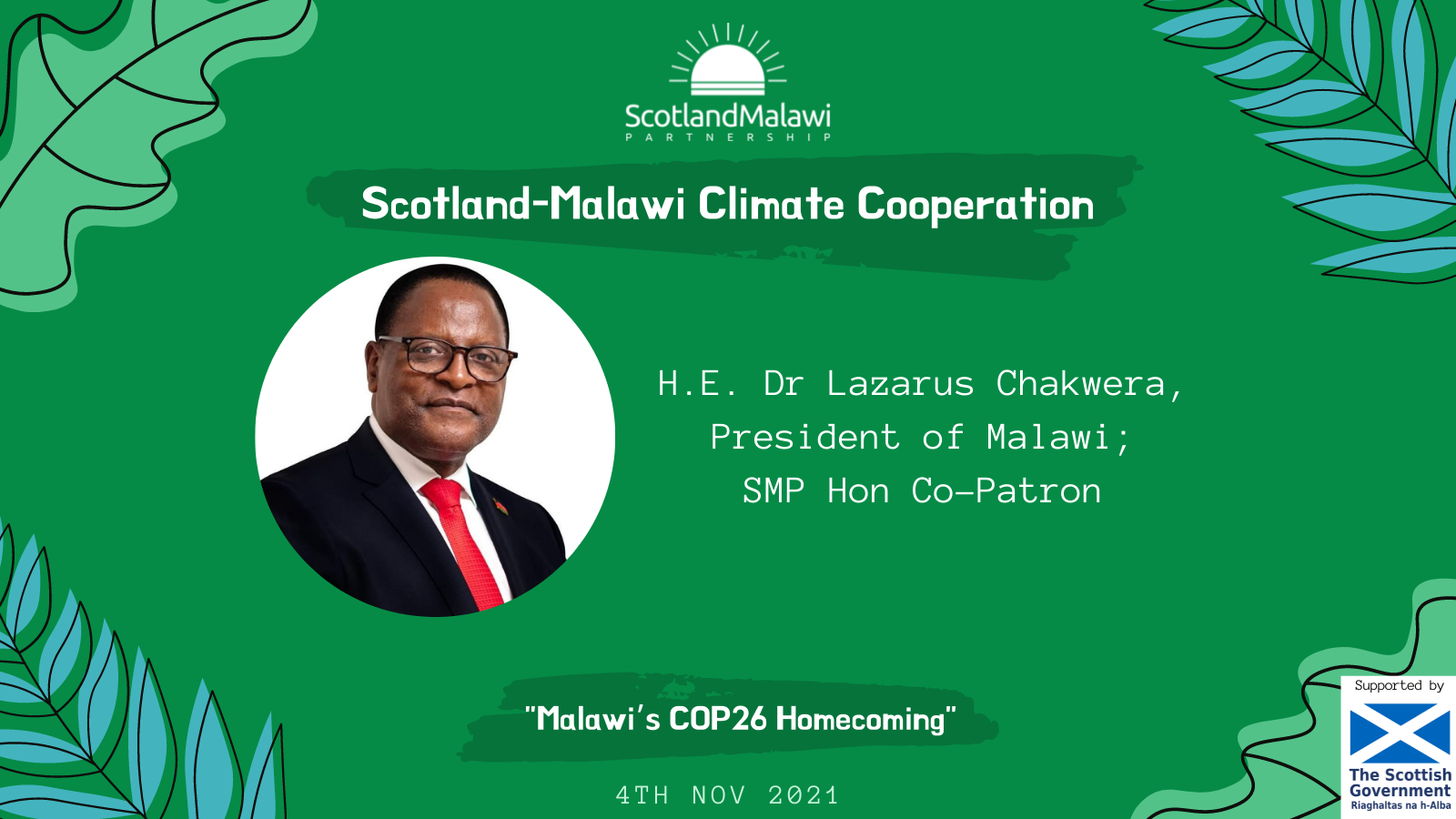 We are THRILLED to share this highlights video with you, capturing 'Malawi's COP26 homecoming' on the 4th of November. 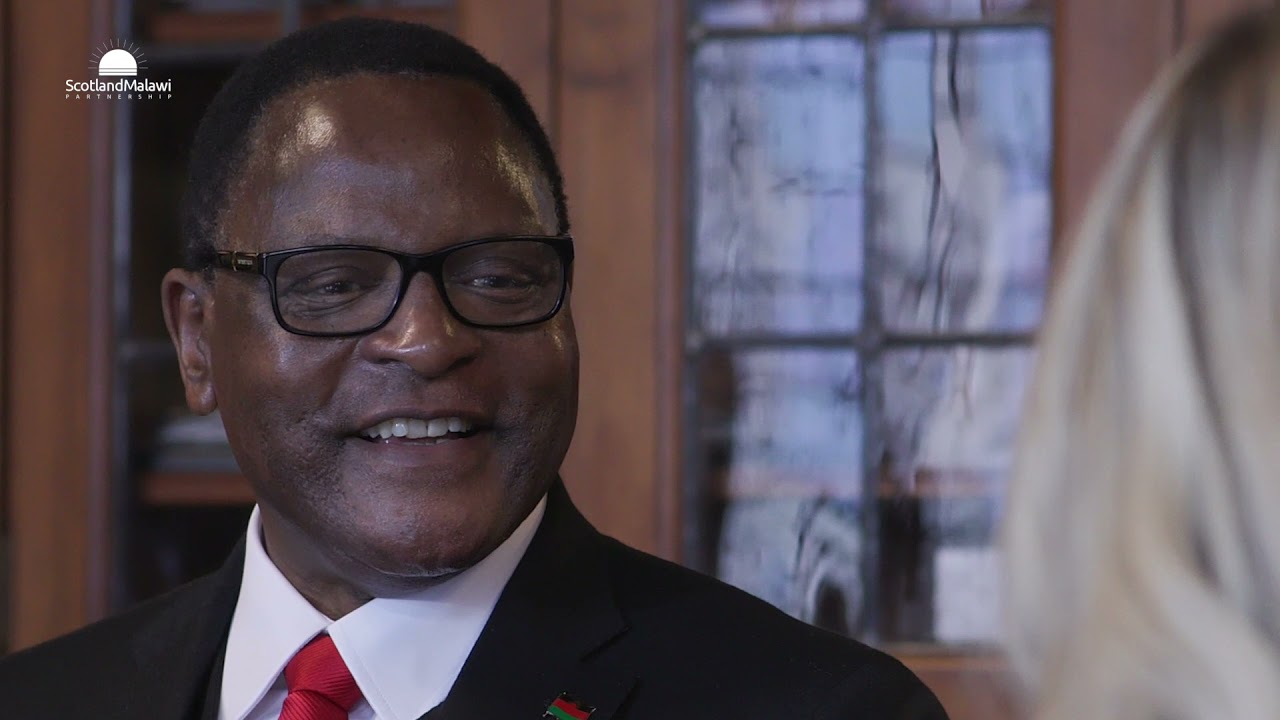 Members of the SMP, Malawians resident in Scotland, and other esteemed guests joined us for a special high-level, in-person reception with the President of Malawi, celebrating Scotland-Malawi climate cooperation during COP26.

Our honoured guests and speakers included:
(Click on hyperlinks to watch individual speeches)

The event provided a unique opportunity to bring together those engaged in Scotland-Malawi climate cooperation with the Malawi COP26 delegation and the President of Malawi.

26 representatives of climate-related Scotland-Malawi link were able to meet the President, the Lord Provost and the three Ministers in person, telling them about their work to fight the climate crisis.

During COP26, Malawi was Chairing both the UN Least Developed Countries (LDC) block and the Southern Africa Development Community (SADC) and therefore had a key role representing the global south. The SMP’s longstanding ‘Malawi at COP26’ strategy looks to help amplify Malawi’s voice during COP26. Speaking at the 2020 SMP AGM, the President of Malawi called for the Scotland-Malawi relationship to be held up as a “model to the world” at COP26, such that the bilateral relationship could “ignite a movement of climate change activists".

Speaking at the SMP’s 2021 AGM, the President of Malawi (who is also the ex officio SMP Hon. Co-Patron) ended his inspiring live speech saying: “Seeing some of you at COP26 will therefore be a great honour for me, because if this conference was happening in another country, it would be a mere conference. But since it is happening in Scotland, it will be a homecoming.” We are therefore delighted to title this reception, “Malawi’s COP26 Homecoming”.

As part of the event, we had an inspiring ‘youth take over’, with young Scots and young Malawians taking the stage to direct proceedings. We were able to listen directly to young Malawian Climate Leaders in Malawi on their priorities and then everyone in the event was able to share their views digitally through their phones. Click here to read the really inspiring messages we received live at the event from attendees against three questions:

The event was kindly co-hosted by the Lord Provost of Edinburgh, in his capacity as the SMP’s Hon Co-President. In 2005 the Lord Provosts of Edinburgh and Glasgow were instrumental in developing the modern era of the bilateral relationship and setting up the SMP, and each of their successors since have continued this strong commitment to Malawi.

Click the video, (below or to the right) to watch the speeches, from H.E. Dr Lazarus Chakwera, The President of Malawi, Lord Provost of Edinburgh, our CEO, David Hope-Jones, Angus Robertson MSP and Young Climate Leaders in Malawi at the Malawi Scotland Partnership #COP26 Youth Hub in Lilongwe.