The Scotland Malawi Partnership (SMP) was delighted to help show the President of Malawi, His Excellency Dr Lazarus Chakwera, around the newly updated David Livingstone Birthplace Centre in Blantyre (Scotland!) on the 3rd November 2021.

His Excellency heard about the First Lady’s visit to the centre on the 1st November and asked officials to make arrangements for him to visit in person while in Scotland for COP26. Staff and Trustees of the Centre joined the SMP to give the President of Malawi a warm welcome and show him around the exhibition.

Only semi-joking, the President said the museum is a point of pilgrimage for those visiting from Malawi and he couldn’t imagine leaving Scotland having not seen first-hand the place where David Livingstone was born.

The President, like his predecessors (all of whom have visited the museum) was visibly moved to tour the new exhibition and afterwards spoke passionately about Livingstone being part of the shared history which unites Malawi and Scotland. Indeed, the President took time from his busy itinerary to sit down and have coffee and scones with the staff at the exhibition, congratulating them on all they have done and emphasising how faithfully and sensitively they were remembering Livingstone.

After the President left, we were delighted to also welcome the Malawi Foreign Affairs Minister, Hon. Eisenhower Mkaka, who was keen not to miss the opportunity of touring the Centre. The Foreign Minister was similarly moved, he talked of his great, great grandmother, who was captured as a slave but then released. For him, the fight against the slave trade at this time was a deeply personal, existential matter. 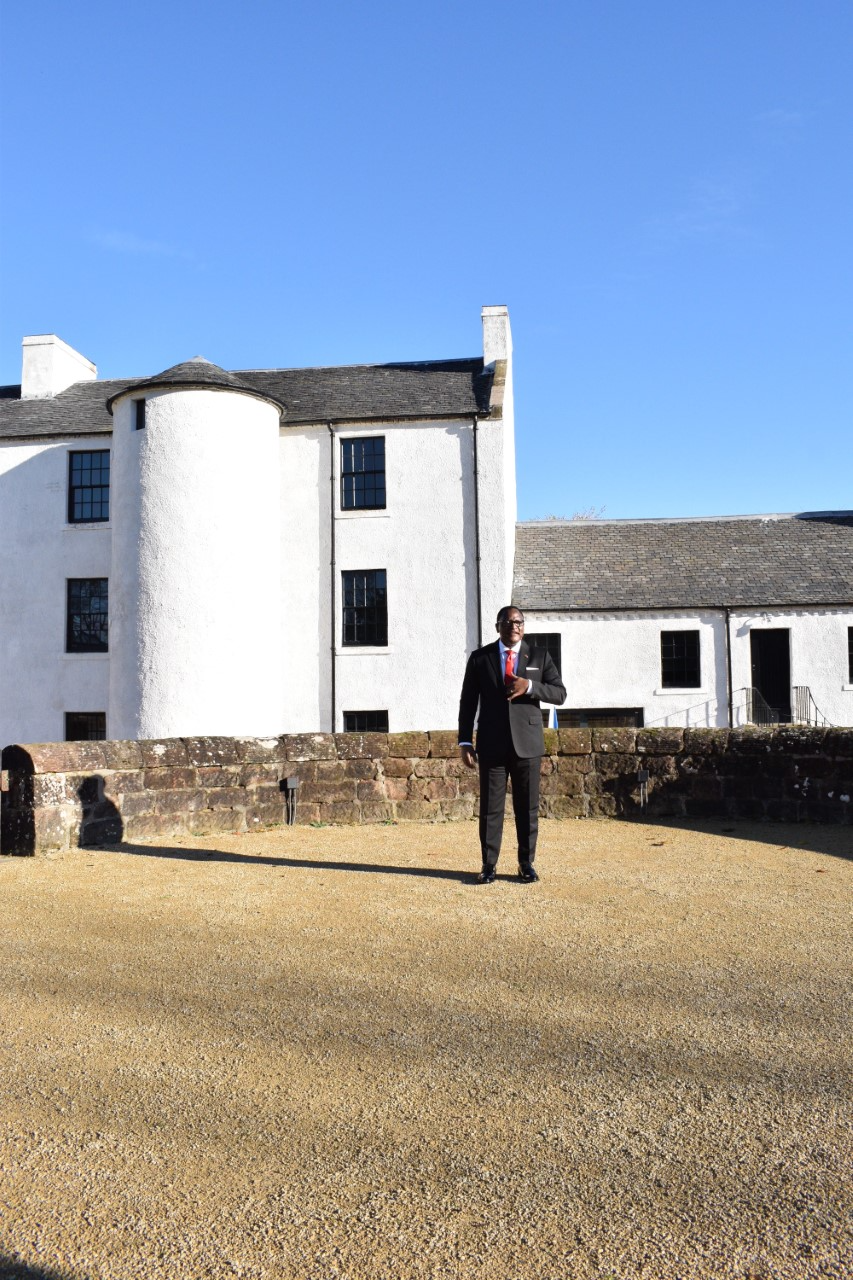