We were delighted to host a roundtable meeting with the Parliamentary Under Secretary of State for Scotland (Minister for Scotland), Iain Stewart MP.

A full recording of the meeting can be found here on YouTube, with timestamps in the description, or viewed at the bottom of this page. You may also find the Chat Log here and responses to Q&A questions here.

The Under Secretary of State for Scotland, Iain Stewart MP welcomed SMP members who were meeting in person in the home of the UK Government in Scotland, Queen Elizabeth House, Edinburgh, as well as those participating by Zoom in what was the first ‘hybrid’ event held by the SMP.

The Minister volunteered that he has a strong connection with Malawi having been born and brought up in Hamilton and that the David Livingstone Birthplace Museum in Blantyre had a positive and abiding impact on him as a young boy. The SMP encouraged Mr Stewart to visit the new Livingstone Birthplace Project Museum due to re-open in June after much renovation and re-thinking of Livingstone's impact and legacy. Mr Stewart also said he would be fascinated to read The Spirit of Malawi, a copy of which had just been presented to him by its author Susan Dalgety.

The Minister expressed his interest in the partnership between Scotland and Malawi and pledged his commitment to maintaining that whilst in office and beyond and to further the SMP’s constructive contact with the UK Government more widely, including if of interest to the SMP and MaSP, the International Trade Department. The Minister stated that he would like the SMP to take away from the meeting his interest in working with us and introducing the SMP to the UK Government departments that we see as relevant to our work. Mr Stewart said that through partnerships and forums such as this, the UK can be an outward-facing nation and that the SMP will find that he is always willing to engage actively in that.

The Minister heard a brief presentation from the SMP’s Deputy CEO Stuart Brown which touched on the breadth and depth of the bilateral relationship, the work of the SMP, the widespread support in Scotland for the nation’s links with Malawi and the SMP’s ongoing concern at the UK Government’s having reneged on its repeated written assurances that it would not cut aid and research funding from 0.7% of GNI and its serious impact.

Three Micro-case study presentations were made by Dr Tracy Morse of the University of Strathclyde, Graeme Little of Mary’s Meals and by Rachel Cameron of the SMP’s Youth Committee. Thanking all three Speakers, the Minister applauded Rachel for the tremendous success and varied programme of the Youth Festival and said that he would love to see some of the Highland dancing and Gaelic pronunciation competition entries from Malawi, noting that it’s this exchange of cultural traditions that is so important in breaking down any barriers. One of the great joys of his role, the Minister said representing a very diverse constituency (Milton Keynes South) is being able to experience many different cultures and “to realise that there’s far more than unites us than divides us”.

The Minister raised the potential for interest amongst SMP members and Youth Committee in the UK Government’s new Turing Scheme exchange programme for students, the successor to the Erasmus scheme. He noted that whilst Erasmus was largely confined to Europe, the Turing Scheme is global and invited the SMP and MaSP to look at its scope, offering his willingness to connect us with the Education Minister to see how Scotland and Malawi might get the most from the Turing Scheme.

Minister Stewart said he appreciated the great concern that people have about the overseas’ aid budget and said that it is temporary and that the UK Government wants to get back to 0.7% as soon as possible. The Minister stated that he personally supports and has always defended the value of ODA and that we do not need to persuade him of this. Discussions will take place based on the shape of the economy after the Summer. Mr Stewart said that the value of meetings such as his with the SMP enables him to feed into the debate with real life examples of impact and underline the importance of these programmes and that he looks forward to an ongoing dialogue. The SMP offered to provide examples to the Minister in whatever format was most appropriate to strengthen the arguments for international development and the Minister keenly agreed to further discussion on that.

Research funding, the Minister said had increased, although not all going through ODA. The University of Edinburgh, he noted is looking at merging some of its human and veterinary medicine to help preparedness to spot future COVID-like threats which will is something that will be of global significance.

The Minister asked about uptake of vaccines in Malawi. Noting that she is not a Health specialist, Susan Dalgety replied that there was hesitancy in rural areas, fuelled, (as it in the UK) by rumours and misinformation on social media falsely attributing vaccination to sterility or death and that whilst Malawi has had brilliant vaccination programmes for children, for adults it is unfamiliar and that there are public health information challenges. Gift Thompson replied that he had heard from friends and family in Malawi that there were concerns about the vaccine having been donated and around suitability of the AstraZeneca vaccine for young people.

The Minister concluded that he is happy to meet with the SMP to discuss plans for the COP-26 summit in Glasgow, an event which he sees as a great opportunity for Scotland and the UK to show global leadership. He is particularly keen to get input from younger people and invited Rachel to have a conversation to feed in the thoughts of the SMP’s Youth Committee. The Minister expressed his willingness to answer questions included in the Zoom chat function and to convene again for a follow-up meeting.

Member Meeting with Under Secretary of State for Scotland, Iain Stewart MP. 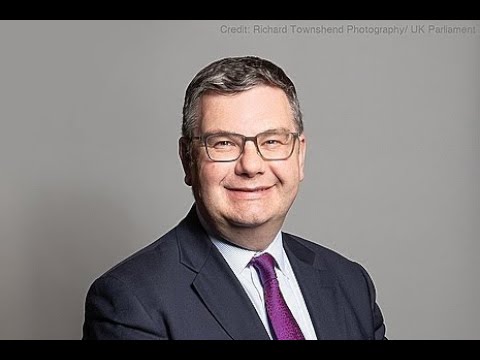