The All Party Parliamentary Group for Africa together with the APPG for Malawi amd the APPG for Diaspora, Development and Migration will launch their joint report on Visa Problems for African Visitors to the UK.

The Malawi All Party Parliamentary Group (APPG) which has a secretariat provided by the Scotland Malawi Partnership, has partnered with the Africa APPG - the largest such group in Westminster - and the Migration APPG to undertake a major parliamentary inquiry into the handling of UK visa applications from Africa.

On Tuesday, 16th July, the three APPGs came together in Westminster to launch the formal report from this parliamentary inquiry, highlighting issues in current policy and making clear recommendations for the UK Government.

The SMP has been actively lobbying for improvements to the way those from Malawi are treated as they apply for UK visas, representing the concerns of our members. We are delighted to have co-authored this report.

At the launch of the report Chi Onwurah MP, Chair of the Africa APPG, said:

"This report is the culmination of six months of evidence and research gathering through which we have received numerous reports of unfounded visa refusals. The report identifies wider systemic issues behind the handling of UK visa applications from Africa."

Caroline Nokes MP, Minister of State for Immigration responded for the Government, commenting on how well attended the standing-room-only event was and recognising this was an issue on which many MPs and Peers had strong views.

The Minister recognised this was a hugely challenging report but it was important for the Government to know where the problems are and what difficulties are being experienced.

She commented that there is indeed evidence that the visa system does sometimes go wrong and there are areas where improvements are needed. She recognised that from the UK Government's own data it is clear that the vast majority who visit from Africa do not overstay their visa and now is the time for a "grown-up conversation" on the issue.

Ms Nokes stated that she wants a clear impression that Britain is open for business so it can attract global visitors and that the UK needs to be forward thinking in this area.

The Minister thanked the APPGs for the report commenting:

"It is good to hear when we have got it wrong as this is the best way we can learn and strengthen our systems. If this report helps us to do our job better then I am extremely grateful for it."

Liz McInnes MP, Shadow Africa Minister, commented that this is an issue MPs know a great deal about given the number of constituency issues raised with them. She estimated that around 25% of her constituency case-load related to visa rejection issues.

Also speaking at the report launch was John Vine, the Former Independent Chief Inspector for Borders & Immigration, who noted that for ten years the UK Government has had detailed independent official reports setting out these issues.

For ten years evidence has been submitted, and recommendations have been made and accepted by the UK Government. It is 'a bit depressing' to see these same issues about the quality of decision making that were being made in 2011 being significantly worse in 2019. Mr Vine noted that in one of his inspections he found 35% of cases sampled contained errors by the visa decision-makers.

Dr Robtel Neajai Pailey, a Liberian academic, author and activist, also spoke on the panel, highlighting the 'totally different experience' she had applying for a UK visa from the USA and from Africa. She described the process as 'dehumanising, xenophobic and racist'.

There is strong all-party support from Scottish MPs for policy improvements in this area.

While we are grateful for the dedicated channels the SMP has to support UK visa applications for our members, we continue to be disappointed by the underlying UK policy and its implementation.

Those from Africa are twice as likely to have their UK visa applications rejected according to the UK Government’s own statistics.

The report highlights many issues identified by Parliamentarians through the inquiry.

Two stand out as especially problematic for the SMP:

First, the requirement for applicants to provide three month’s worth of bank statements and wage slips, even where visits are fully-funded by the sponsor/partner in the UK. We believe this equates poverty with presumed criminality, which we see as morally unacceptable and factually wrong.

Second, the move to a digital system but one which has all front-facing functions outsourced to private business. In this system, Malawians submit passports, birth certificate, marriage certificates, bank statements, wage slips, and all other official documentation in Lilongwe, for them to be couriered across the continent just to be scanned-in in Pretoria by the same company that sent them from Malawi. This is justified by Government as the ‘business model of the corporate partner’, with seemingly no regard for the applicant.

We call for a more human-centred approach, which balances the customer experience with the cost and quality of decision-making. 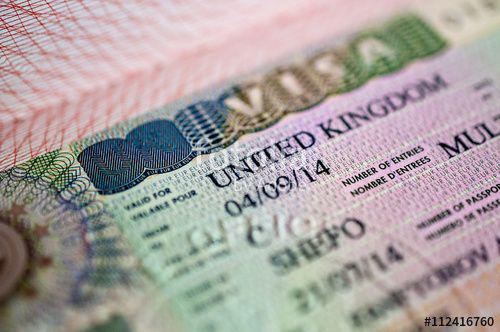